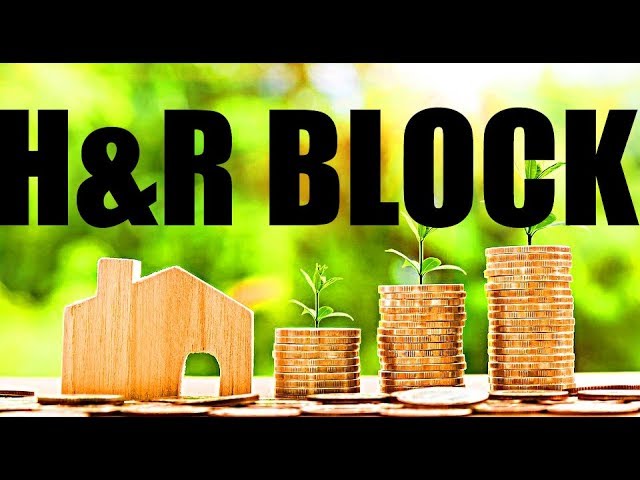 Is the H&R Block Franchise a good investment? What are the Royalties and fees? Are there any concerns I should be aware of?

So H&R Block today is certainly one of the most well known franchises, started in 1955 by Henry and Richard Bloch. Henry at the time was in the army and had a desire to start a small business. He and his older brother Leon borrowed $5,000 and opened the business in Kansas City. Initially the business didnt work out, Older brother Leon bailed and pursued a degree in law.
Henry didn’t give up or admit defeat and placed a classified ad seeking help for his business. His Mom replied to the ad and suggested he hire his younger brother Richard. At the time the company was called United Business which they then changed to H&R Block, for Henry and Richard dropping the H in the last name.
The Blochs wanted to open a store in New York, nether wanted to move so they agreed to sell the territory – and the first H&R Block franchise was formed. They grew quickly and went public in 1962. Now Henry always regretted taking the company public but said it was the thing to do at the time.
Its a great success story – love the fact the brothers never gave up and they seemed like good guys. But let’s take a look at today and how H&R Block measures up as a franchise investment.
So H&R Block has made some really big mistakes over the years. In 2005 they publicly admitted they had overstated earnings by the small amount of 91.1 million. Then another accounting mistake shortly after led to almost 32 million owing in back taxes. Obviously mistakes to the tune of over 100 million are particularly alarming if you are an accounting company.
Not long after that H&R Block sent free copies of TaxCut software to customers. Nice gesture that would have been nicer if they had not mistakenly included the customers social security numbers on the labels. True story.
The following year H&R Block were sued for their famous “refund anticipation loan”, stating it was deceptively marketing high cost refund anticipation loans as “tax refunds” and were mostly aimed at low income earners. That resulted in a 4.85 million dollar settlement and a few more million in restitution and penalties.
So let’s look at the investment for H&R Block franchise. Admittedly the investment is low between $31,557 and $149,398 for a new territory, and the franchise fee is only $2500 – and this is often what gets peoples wheels spinning towards owning a franchise. Wow I can own a business for a low cost – but that should not be a motivator.
H&R Block Royalties are not simple to understand. You will pay 60% royalty on the first $5,000 of revenue for authorized services including required and optional services. 60%!! And that resets every year so the next year you’ll pay another 60%. Looks like the government has some competition. If you pay quickly they’ll lower it to 50%. You’ll pay 40% on revenue over $5,000 that is lowered to 30% if you pay within 4 days after the reporting period. But all revenue in any calendar year in excess of the average revnue of the franchisee for the 2 previous calnendar years you’ll only pay 20% until you have completed 2 tax seasons. No it’s not justy you I have idea what that means either. Now right below it states business services are 15% or 10% if paid after 4 days. You are also obligated to participate in the peace of Mind program with a 20% royalty and $50 deductible.
So people who have no context who may have never seen financials have no idea if this is bad or good, but hey H&R Block has thousands of location – it must be a good investment!
Look at this chart. This chart is how many stores closed the last 3 years. 430 locations closed in 2015, 321 in 2016, 187 in 2017. We dont have data past 2017 because the FDD’s are always one year behind. But if we check the news, we see H&R Block plans to be closing another 400 stores. Stores continually closing is a huge red flag.
H&R Block is a success story with a long history and everybody knows their name, iconic brand – but are they reaching the saturation point of the business cycle? Are they the best choice now for a Tax franchise opportunity. Every situation is different and you need to consider your goals, capabilities and local demographics before making a decision, but there are definitely some red flags to consider. As always we suggest buyers compare several franchises – we have free tools for that Ill place a link above to learn more , and a link to learn more about Happy tax here on the side. Please like and subscribe and thank you for watching.